Hockey sticks in the air ladies and gents for one very special event… it’s the Eurohockey Championships 2015!

This August, our perfectly-sized S2 DuoSpan Extended on base extensions provided cover for one very special sports tournament. It’s been around since the seventies and it draws fans and spectators from miles around – and it’s easy to see why. Nine days, forty fiercely-fought matches, and the top eight European national teams battling it out for gold – and the biggest prize of all – an automatic place in the 2016 Olympics!

The Duospan with white skins looked out-of-this-world against the incredible vast backdrop of the Queen Elizabeth Olympic Park – where the 2012 Olympic Games were held. Base extensions raised it up off the ground for plentiful shady space inside. Under it’s canopy, excited sports fans hob-nobbed at the Pimms bar in the balmy late-summer sunshine and chatted about which nifty players might score high. 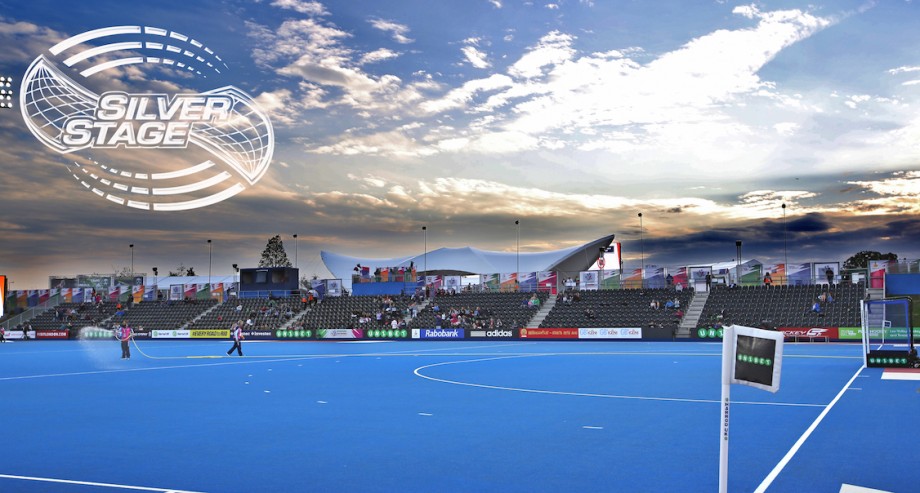